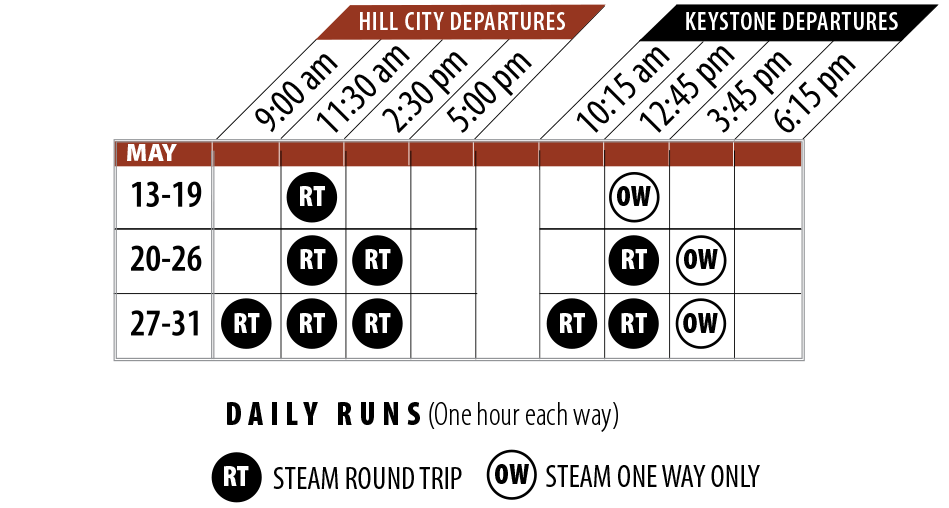 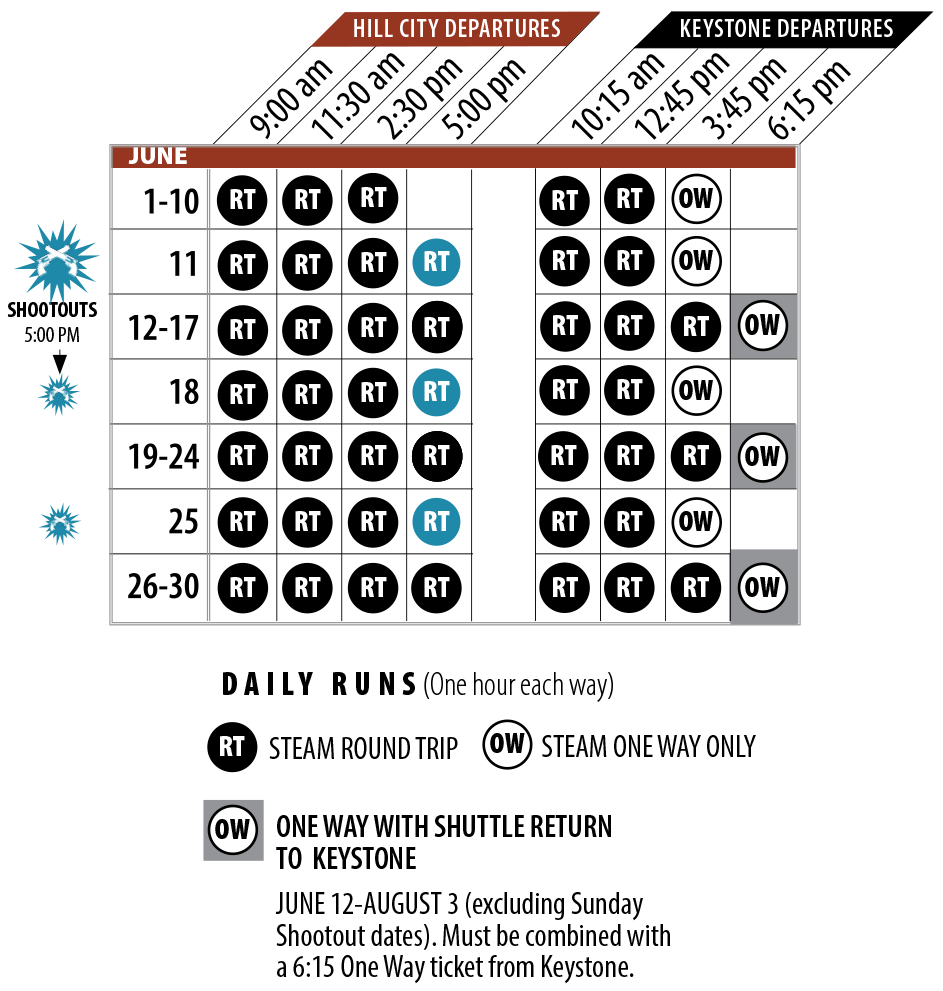 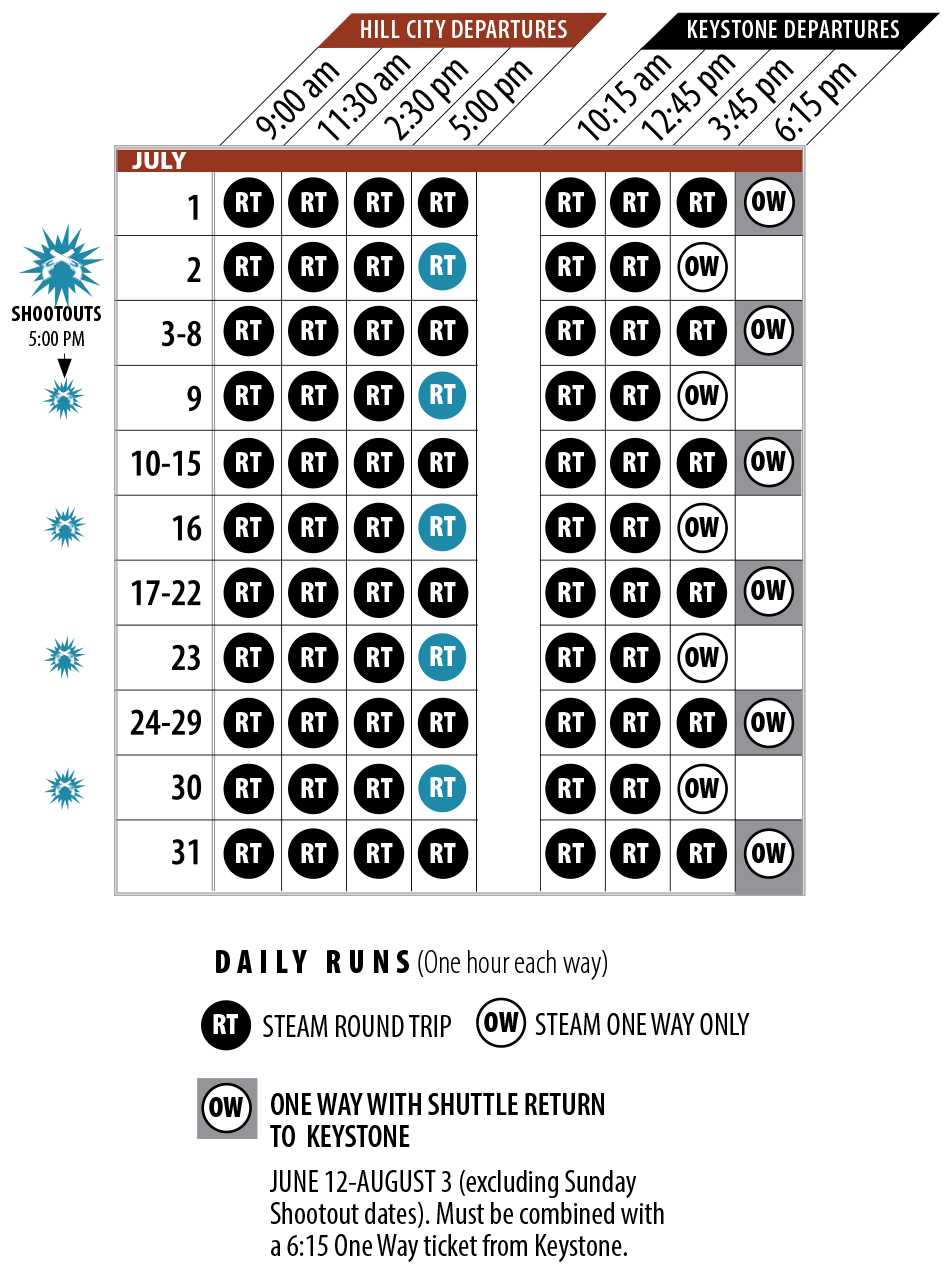 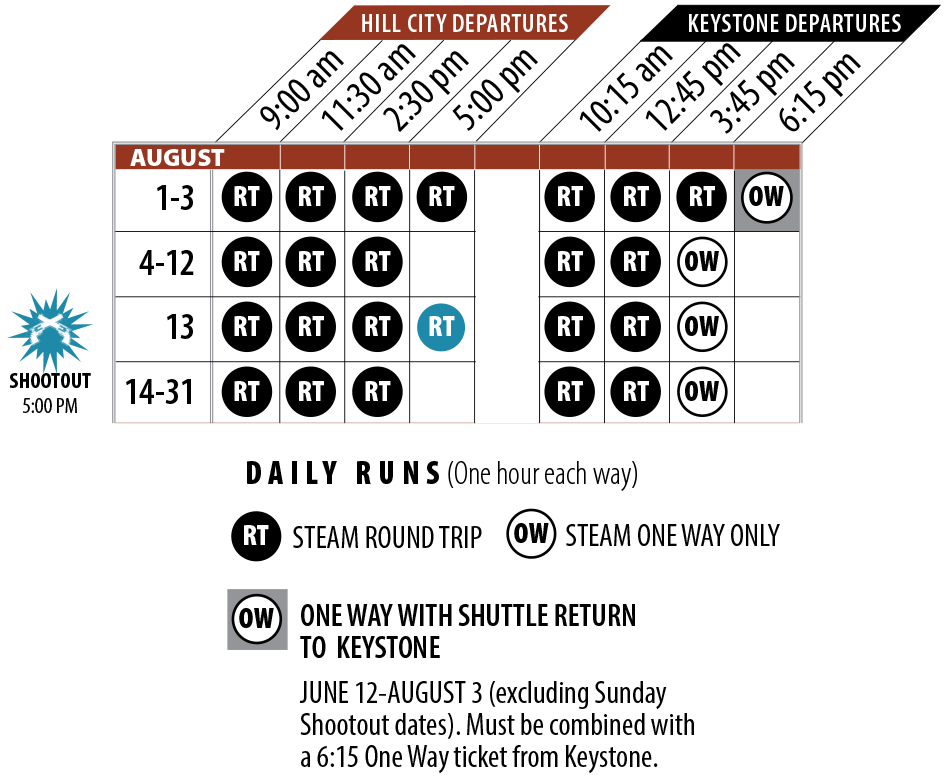 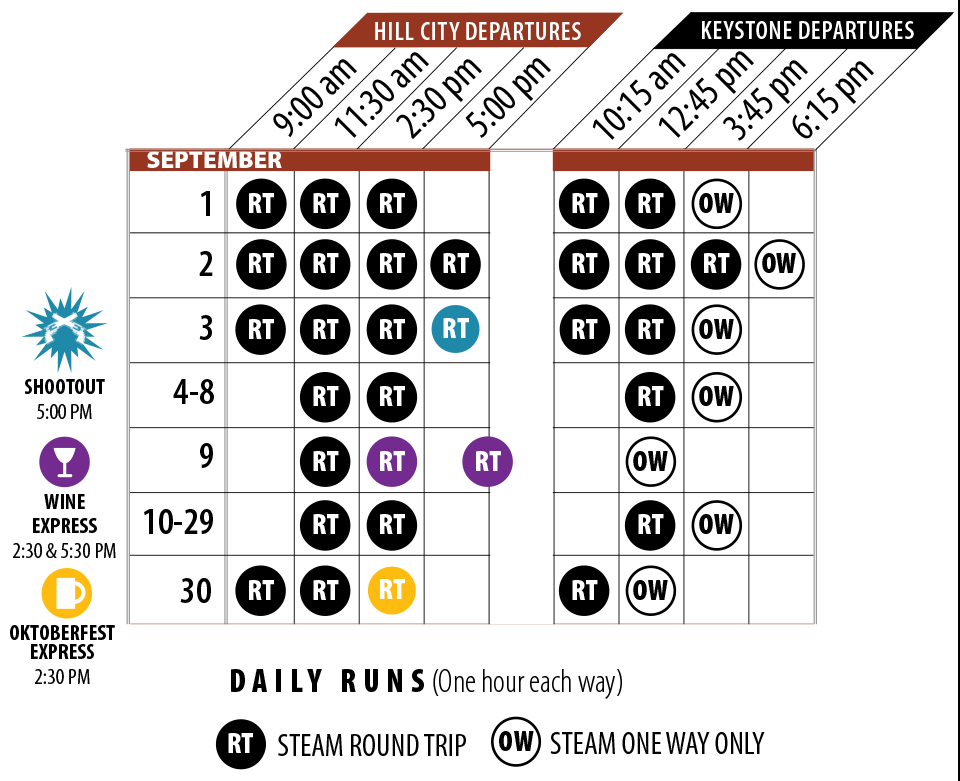 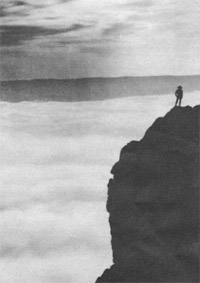 The Black Hills are a special place. Many cultures over the centuries have come to value the region for not only its visible wonders, natural resources and beauty, but also for characteristics spiritual in nature. Time has not changed this admiration for the Black Hills.

In the history of the American frontier, no other development was more influential than the railroad and its iron horses. The steel rails crisscrossed the plains, ran up into the mountains and brought settlers and town-builders to areas that had been home to native tribes for centuries. Good or bad, the railroad was a physical manifestation of America's quest to grow and prosper.

The Black Hills mining boom began in 1874. Gold was discovered near the site of today's city of Custer by a member of an exploration party lead by Lt. Colonel George A. Custer. By late 1877, events changing the Black Hills forever had occurred: the Battle of the Little Bighorn; major gold strikes in the Deadwood and Lead areas of the northern Black Hills; and the area became a part of the Dakota Territory. 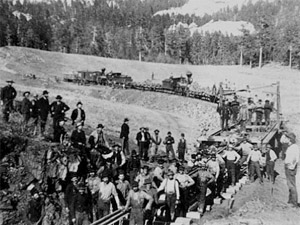 Construction of the High Line near Custer, 1890

The first steam engine in the Black Hills was brought across the prairie by bull team to the Homestake Mining Company at Lead in 1879. In 1881, the Home-stake Company created the first narrow-gauge railroad in the Black Hills to haul its cargo and the public from Lead to several mining camps. In 1885, the first standard-gauge railroad reached Buffalo Gap, Dakota Territory, and was extended on into Rapid City the next year.

The standard-gauge Burlington branch that came to host the 1880 Train's operations was built in several portions between Hill City and Keystone during the central Black Hills mining boom in the 1890s and the first month of 1900. The Chicago, Burlington and Quincy Railroad (hereafter referred to as the Burlington for simplicity), pushed its line into the southwestern corner of the newly created state of South Dakota in November of 1889. In the spring of 1890, construction of this began at Edgemont as the first phase of the "High Line."

In the summer of 1927, President Calvin Coolidge dedicated a granite mountain three miles southwest of Keystone as America's Shrine of Democracy, the Mount Rushmore National Memorial.

In 1948, another monumental project was begun near a future route of the 1880 Train. South of Hill City, a granite mountain was chosen to memorialize the Lakota Indian warrior Crazy Horse. A young sculptor named Korzak Ziolkowski and several Lakota elders proclaimed that the mountain carving would "let others know that the Indian peoples had great leaders, too." 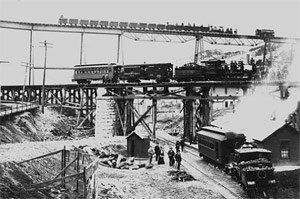 During the late 1940s, diesel engines became more common than steam. After years of declining use, William B. Heckman (a public relations man with railroad experience) decided to start a railroad where steam actually operated and was not just relegated to static display. He and Robert Freer, a sales engineer of diesel locomotives in the Electro-Motive Division of General Motors, organized a group who believed "there should be in operation at least one working steam railroad, for boys of all ages who share America's fondness for the rapidly vanishing steam locomotive."

On the morning of August 18, 1957, the first official train operated on the Black Hills Central Railroad. Veteran Burlington engineer Earl Coupens piloted the Klondike Casey and its two open-air coaches away from the Burlington's vintage1890 Hill City depot, up the four-percent grade of Tin Mill Hill and on to Oblivion. The route was nicknamed "the 1880 Train," as it was likened by Heckman to riding a train in the 1880s. While not quite historically accurate (Heckman was never a rigorous advocate of historic accuracy), the dating of the operation stuck, and if nothing else, captured an illusion of the railroad history.

Robert and JoAnna Warder bought the Black Hills Central Railroad in 1990. As a result, the railroad experienced a rebirth. The existing operational locomotives (#7 and #104) were restored to prime condition, as were a number of the pieces of rolling stock. A new stall and machine shop were added to the Hill City Engine House for maintenance and restoration of locomotives, passenger cars and other rolling stock on a year-long basis. Railroad facilities were cleaned up and upgraded. In 2001, the link between Hill City and Keystone was restored, and trains were able to travel the steep grade in between the two depots, providing a vintage steam experience for thousands of tourists who visit the Black Hills on an annual basis.

Sixty Five years after its inception, the Black Hills Central Railroad is still providing what Heckman envisioned–a place where new generations experience a steam locomotive and a way to commemorate the vital role that railroads played in the development of this country.